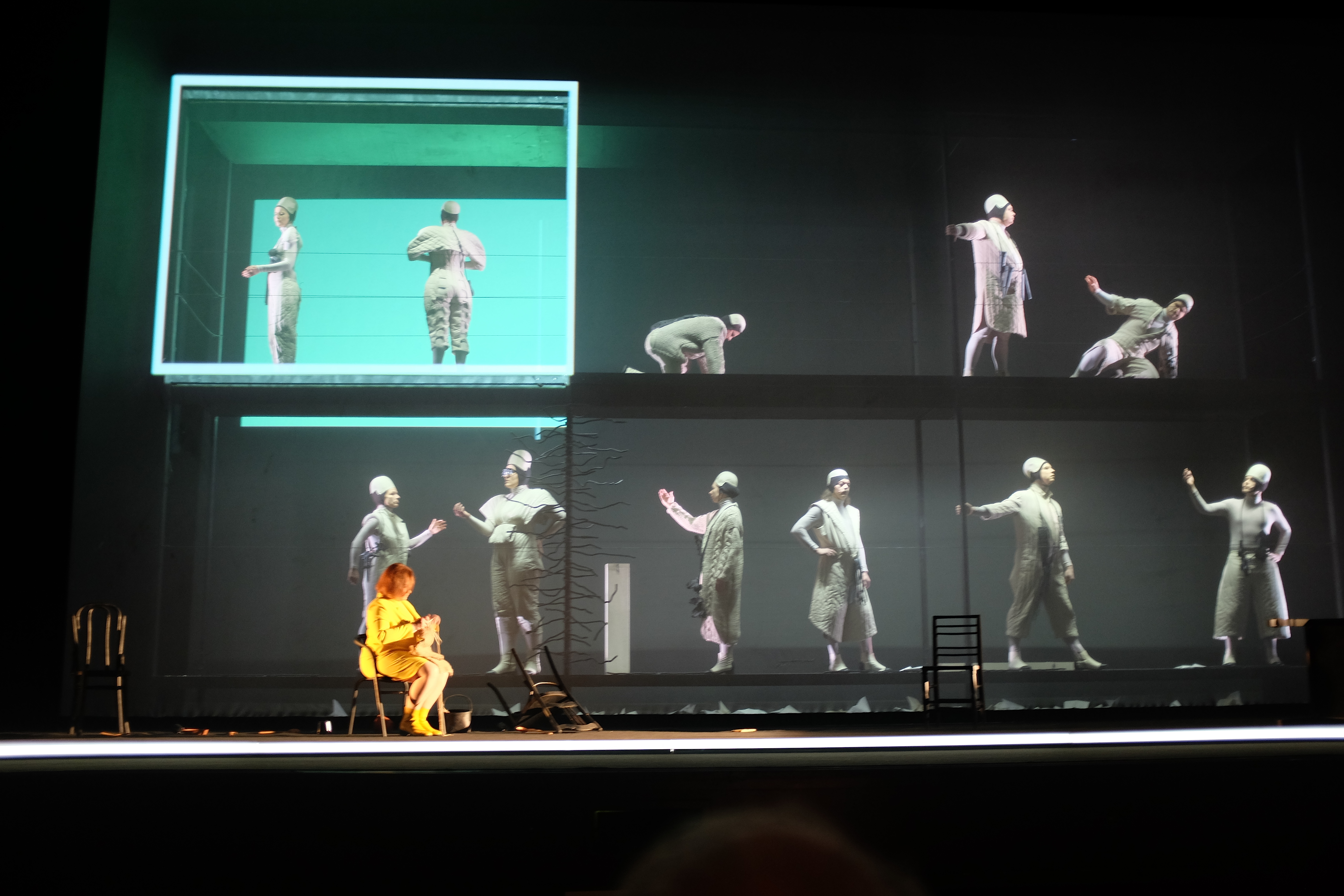 Music. Manga. Machine. The grand finale of our tour (which was two weeks already, sorry for the delay in posting!) was in Den Bosch, where we went to see ‘War Sum Up’, a manga opera on the nature of war by Hotel Pro Forma (co-produced with the Latvian Radio Choir and the Latvian National Opera). It was beautiful.

War Sum Up tells of war through three main characters: the Soldier, the Warrior and the Spy. It’s inspired by Japanese culture and its powerful expressions of poetry, pop, precision and brutality, which is illustrated through the music (a combination of classical music/pop/electronica; by The Irrepressibles and Santa Ratniece), the song texts (in Japanese), the Manga-style light projections and the old-meets-new-style costumes (by Henrik Vibskov!). All this resulted in a multi-dimensional piece of art telling the hyper realistic, never-ending story of war, at the same time covering it in surrealism. A performance that is still stuck in my mind and will probably stick there for a little longer!